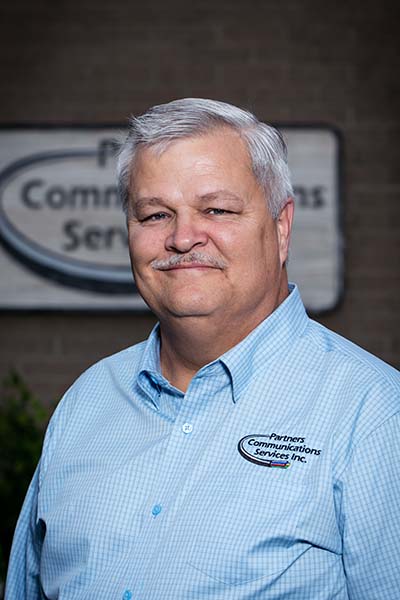 Greg is a veteran of nearly 40 years in the telecommunications industry and worked with Time Warner Cable for 20 years, where he managed all areas of the technical operating and new build construction. He has extensive knowledge in the management of cable system technical operations as well as expertise in the construction segment of the business. For past 15 years Greg has owned and operated Partners Communications Services Inc. developing long-term relationships in the utility construction industry. 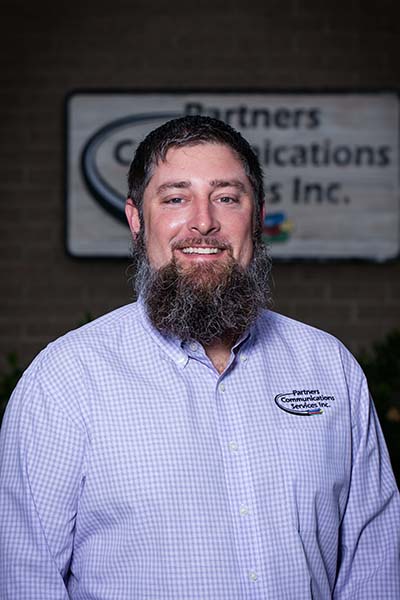 Jason is a 2006 graduate of University of North Carolina Charlotte with a Bachelor of Science degree in Electrical Engineering. Since that time, he has worked extensively in the telecommunications industry with Greg, as well as owning his own business, Simply Wiring Services, Inc. Simply Wiring Services concentrates on the engineering and site work of cell towers. 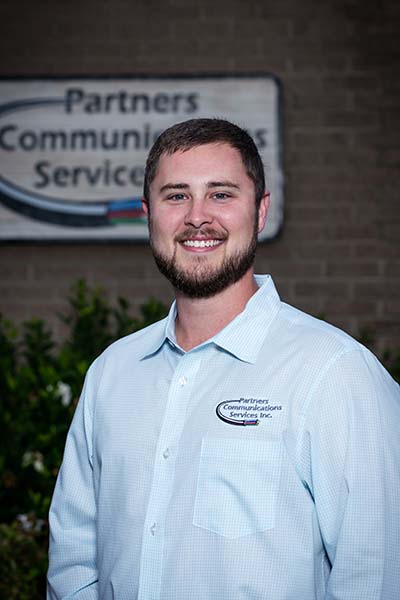 As the newest member of the executive staff Justin has been involved in the telecommunications industry for over 7 years. He started with Simply Wiring Services in 2006 and helped it develop while obtaining a Bachelor’s degree in Business Administration from the University of North Carolina at Wilmington. Justin fulfilled the role at PCSI as VP of Finance/Risk Management upon completing his Masters of Science in Accountancy degree.

Steve has been in the utility construction business for over 2 decades, all being either under the supervision of or directly employed by Greg McCotter. After serving in the Marine Corps, Steve started in the business working for Greg at Time Warner Cable, where he stayed for four years. He then left TWC and joined Greg at Traces, where he worked until 2002. While at Traces, Steve started in the field and worked his way up to General Manager, the position he held before leaving to join Greg at PCSI. During the last 15 years at PCSI, Steve has managed all operations along the South Carolina coast and inland, as well as the Columbia, SC division. 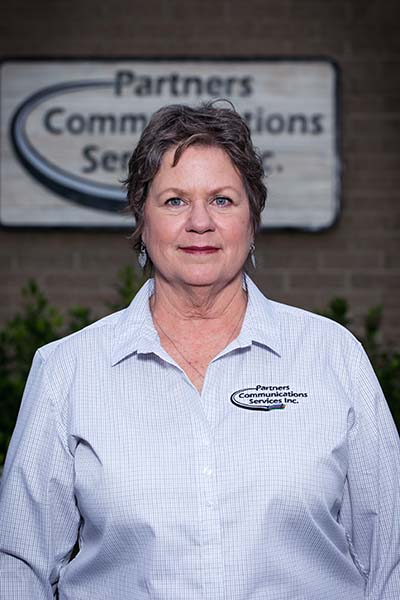 Linda began her career in the telecommunications industry by joining our team in April of 2010.  Prior to coming on board with PCSI, she was involved in several of her family’s owned businesses including poultry sales, marketing and distribution, the marina industry and the salvage grocery distribution industry.  Linda began with her father’s businesses in sales and worked up through the ranks, eventually overseeing all operations. She is now Senior Office Manager and oversees all corporate administrative duties for all of our offices. 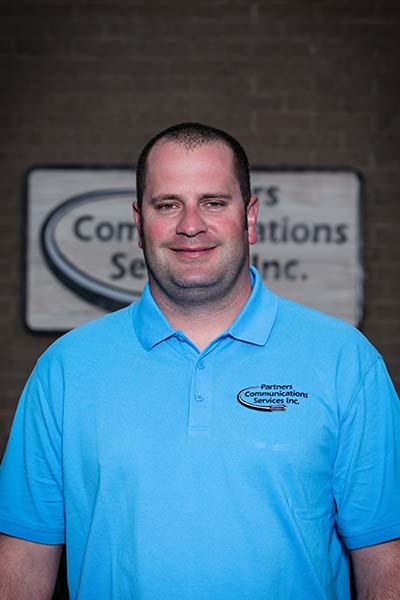 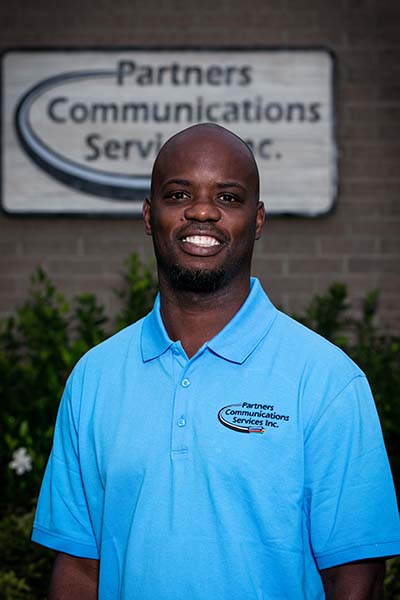 Sherman began his career with PCSI in 2010 as a field technician.  Throughout his extended time with Partners Communications he has developed a wide range of technical knowledge as well as management experience.  Sherman has worked his way from a field technician to a supervisor and now runs operations in our Columbia division as an area manager. Sherman’s expertise and abilities are far beyond his years. 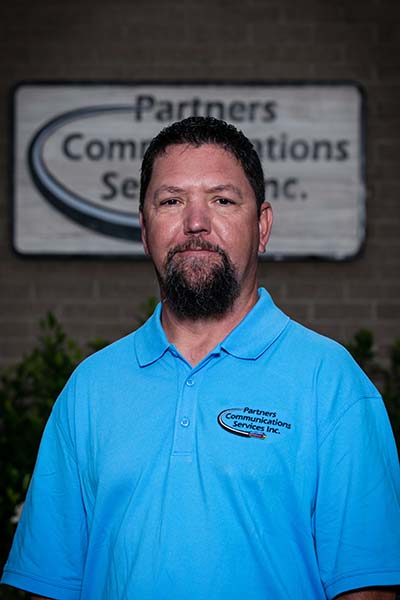 Mark started with PCSI in 2008 where he was a field supervisor for our cell tower services division. He progressed from leading a crew installing equipment and fiber splicing to a management role in 2012.  Since taking a position as a manager, his skill set and knowledge resulted in him becoming an area manager for PCSI in the Myrtle Beach area where he oversees and manages operations. 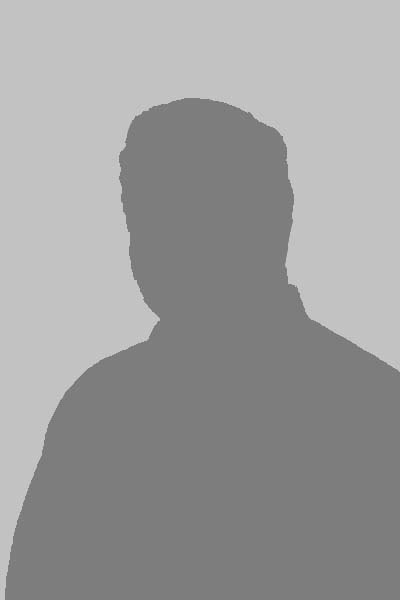 Mike has been in the telecommunications industry for nearly 30 years.  He began his career as a lineman and gained his vast knowledge of the industry through working his way up to area manager. He has directly been involved in engineering and design on total aerial systems rebuild as well as fiber rings. Mike has worked in several different states throughout his career and now is an area manager for PCSI, overseeing operations in the Summerville area. 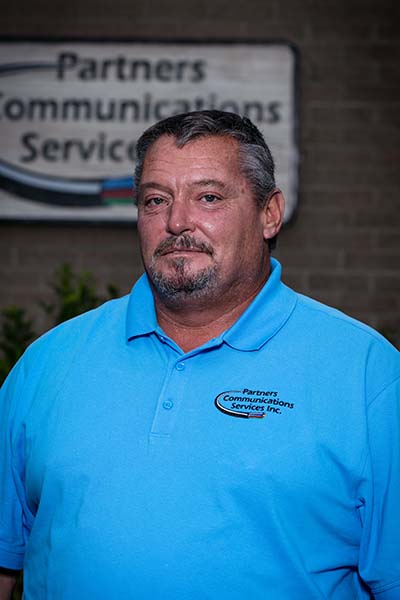 Duane has been in the communications industry for nearly 40 years. He has a wide range of experience; from telephone and coax to fiber and heavy equipment. Duane has extensive knowledge in aerial, splicing, locating, installation of equipment as well as heavy machine operations. He has numerous years of management experience throughout his work history at PCSI as well as numerous other companies and now manages operations in the Florence area for Partners Communications. 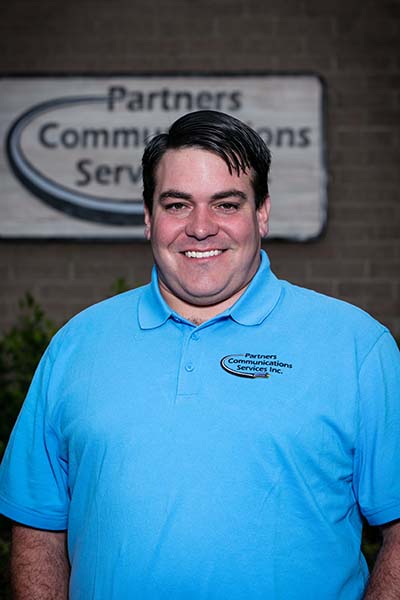 Scott started with Partners Communications Services Inc. in 2013 with a background in construction and computer programming. He was one of our first test and turn up technicians and has worked his way up to fiber Manager. Scott has become proficient in fiber splicing as well as equipment installation and activation. Scott works in all of our markets assuring that our customers are getting the highest quality service possible.